Get fresh music recommendations delivered to your inbox every Friday.
We've updated our Terms of Use. You can review the changes here.

Right in the Head 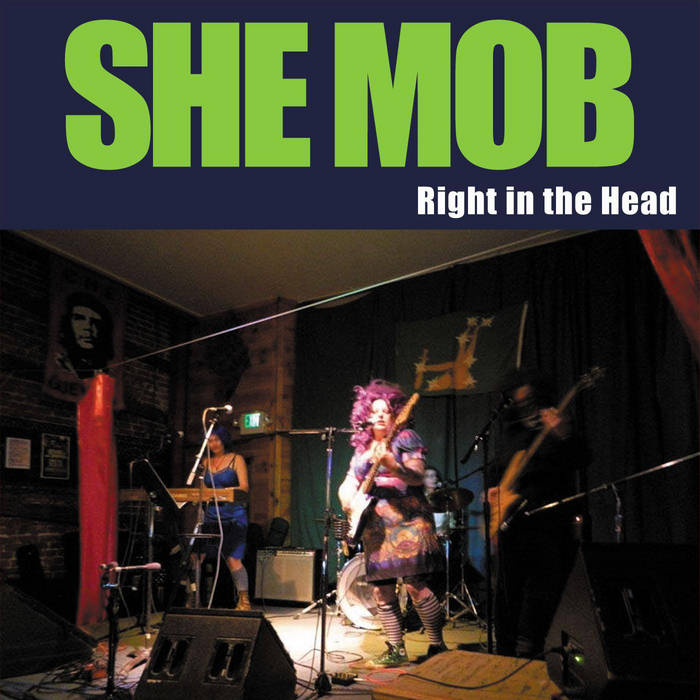 Right in the Head" is She Mob's fourth album, following 2005's "Not In My World." She Mob, on a seemingly never-ending hiatus, regrouped when Karry Walker (Ultralash, The Hollywood Launderette) called Joy (Sue) and said, “She Mob should re-form. I need She Mob." Or words to that effect. Soon thereafter the foursome was rocking out once again and plotting this album, nearly a decade in the making. Suki O’Kane and Lisa McElroy (back again) trade places on the drums, occasionally sitting in on keyboards. Suki’s taken up bass and trades with Karry, who also plays keyboards. Joy’s mainly on guitar, but has pledged to play more bass. We’re all singing. It’s happening, man.

Recorded, engineered, and mastered by Myles Boisen in Oakland, California

Bandcamp Daily  your guide to the world of Bandcamp